‘Take your road and travel along’: The advent of the modern black painter in Africa 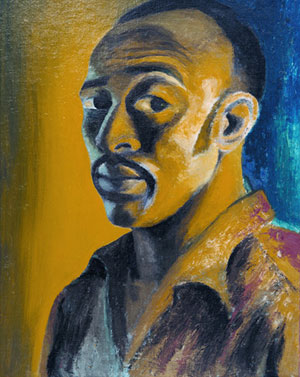 Johans Borman, Michael Stevenson and Michael Graham-Stewart presented the exhibition, ‘Take your road and travel along’: The advent of the modern black painter in Africa, at the first Joburg Art Fair in March 2008.

The assimilation of the European painting tradition into an African idiom resulted in a rich genre of work that is rarely researched and exhibited, even though it challenges and undermines many of the prevailing assumptions about modernism, modernity and the conception of the modern artist. The black pioneers of painting in sub-Saharan Africa have only started to be recognised since the Seven Stories exhibition in London in 1995 and Okwui Enwezor’s show The Short Century in 2001. There has never been a survey of their work in Africa. In addition, there has never been a commercial exhibition covering this range of painters. This exhibition will for the first time pair well-known South African artists including Gerard Sekoto, George Pemba and Ernest Mancoba, among others, with their contemporaries from other parts of Africa, such as Ben Enwonwu from Nigeria and Sam Ntiro from Tanzania. It draws on the collections of Johans Borman and Michael Stevenson in Cape Town and Michael Graham-Stewart in London.

The title of the exhibition, ‘Take your road and travel along’, is a quote from a letter written by Sekoto, and it aptly describes the difficult and lonely journey that the pioneers experienced both in trying to study art in their home countries and in leaving Africa to study in Europe. The exhibition also includes the work of the next generation of artists who came to prominence around the time that many African countries gained their independence from the colonial powers in the late 1950s and early 1960s. These include artists who were closely associated with the Zaria Art Society and Oshogbo workshops in Nigeria, the Polly Street Art Centre in Johannesburg, Frank McEwen’s workshops at the National Gallery in Harare and the initiatives of Pancho Guedes in Maputo. Unfortunately the traumas of the post-independence years in Africa undermined many of these projects and brought to an end the idealism of the pioneers and of this next generation.

The paintings by these artists continue the dialogues between the aesthetic traditions of Europe and Africa which first intersected when the European Modernists discovered traditional African art and continued when the young black artists first came across the work of the European painters. This exhibition offers us the opportunity to look afresh at this complex and intertwined history.