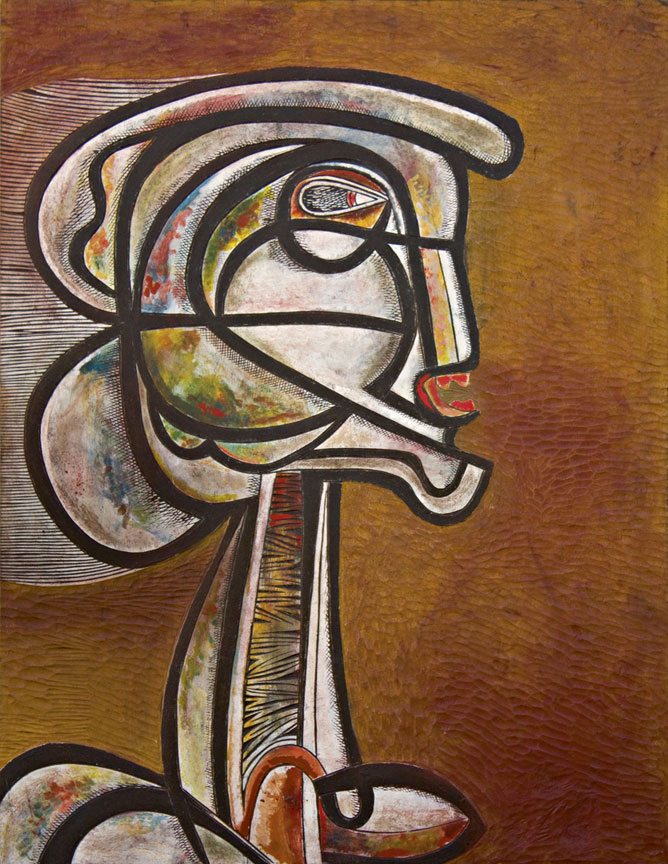 Cecil Skotnes’ seminal influences were the art of the ancient cultures, and Cubism from the Modern era, but it was the masks and woodcarvings of African tribesmen which he recognised as a direct expression of the African environment. Skotnes’ carved portraits symbolically express his contemporary experience of mankind – of the personas portrayed here, one is complex and starry eyed, and the other confident, bold and radiant.

Referring to Skotnes’ iconography in his visualisation of archetypes, Frieda Harmsen notes: It is soon evident that the strange homanoid creatures with their feinting and posturing are vehicles of the ironic Skotnes paradox in which the eternal mystery of the human psyche is countered by humour and ridicule. Such ambiguity always intrigued Skotnes. He endeavored to probe and understand the fundamental character of humankind, but simultaneously he encountered flippancy and fickleness, grandiose ambitions and feeble achievements, venerable idealism and tragic failure.