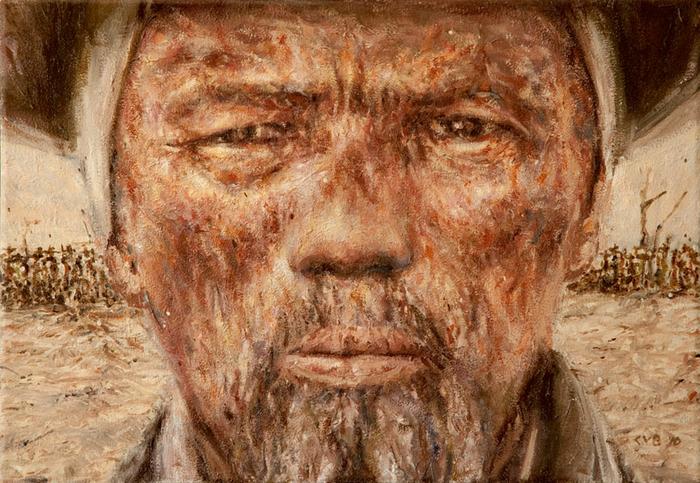 Hendrik Witbooi (!Nanseb gaib |Gâbemab, 1830-1905), captain of the |Khowesin, was born in Pella in South Africa. He was one of Namibia’s greatest freedom fighters and resisted German colonial powers in the late 19th century. He was mortally wounded during a skirmish at Vaalgras in 1905.