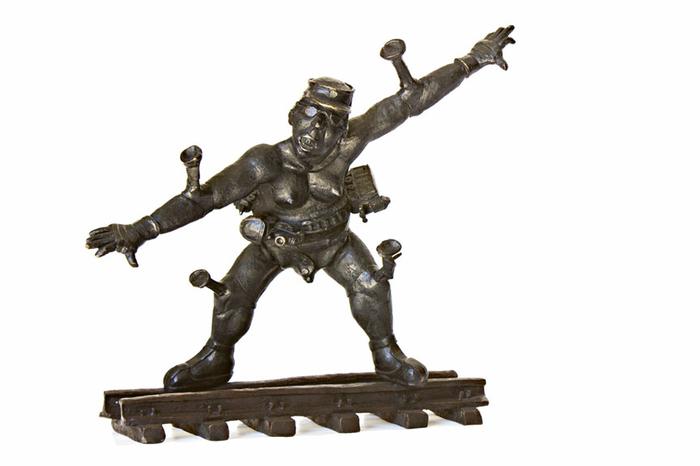 The injustices inflicted by the political and ideological dominants of a population are commented on by David Brown in this series of bronze sculptures titled Eleven Deadly Sinners. Inspired by Anne Applebaum’s book Gulag: a history, Brown comments: I made the Engine Driver, struck by the harrowing train journey to the forced labour camps. I wondered what the train drivers must have thought.
This series developed further around the concept of complicity by the sometimes seemingly innocent participants who individually and collectively helped maintain the status quo of this unjust system.