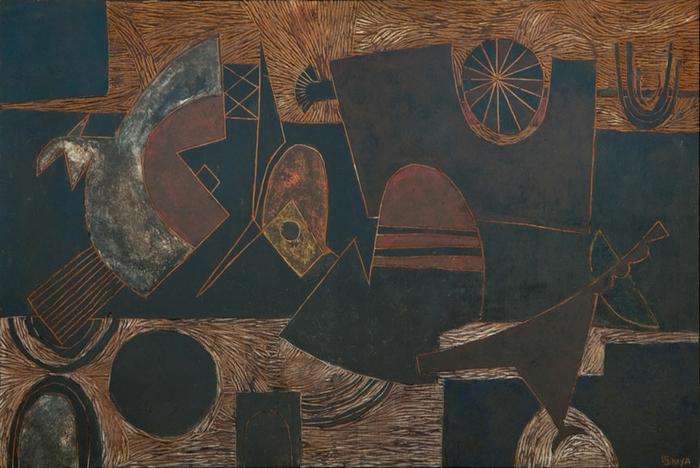 The son of a medicine man, Lucky Sibiya was introduced to the mysteries of Africa during his childhood. His early exposure to the spiritual aspects of Africa had a lasting influence on his art, and served as a reference for the symbols and forms he used. Sibiya received guidance from Bill Ainslie and Cecil Skotnes, and it was Skotnes who introduced him to the incised and painted wood panel as a medium.

De Jager writes: Nature, as a source from which to derive shape and form, is also very important in Sibiya’s art. Here he is concerned with the phenomena of creation, the sun, the trees, and the birds. His woodcut panels are timeless, reminiscent of the ancient traditional art of Africa, but also at the same time thoroughly modern .

Sibiya’s success was due to his strong creative abilities and his superb craftsmanship. His effective use of line, form, texture and colour always ensured unity and coherence in his sculptural compositions – often highlighted by his clever use of graphic and geometric effects. His panels were usually finished in rich, earthy colours, and refined to achieve a patina resembling great age.