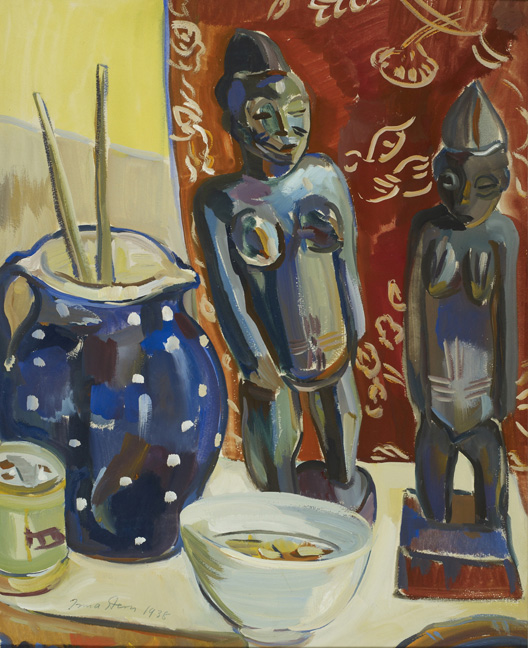 A keen collector of oriental, medieval European, and African art and artefacts, Stern often introduced these objects into her still life paintings. Marion Arnold writes:
With her background in early Modernism, Stern was familiar with the influence African art had exerted on the Fauves, Cubists and German Expressionists. She had visited ethnographic collections in Germany and there is no reason to doubt that she had a genuine and strong response to the plasticity and formal design characteristic of three-dimensional African art.

Stern respected the creative talent of the original artists of these artefacts of culture by portraying them in their original form, but developed new meanings in her compositions in terms of the association and connection between these objects, flowers and fruit.

The Star summarized a talk on ‘Modern Art’ by Irma Stern in Pretoria in 1935, as follows:
Miss Stern traced the influences of African and other primitive art on that of Europe. African treasures found a place in the galleries and museums of all the European capitals. Collected first from the point of anthropological interest, they gradually evolved into objects of interest in pure art.